The punishment for DUI in Orange County is harsh and can seriously impact your personal and professional life. The potential penalties include jail or prison time, probation or parole, driver’s license suspension or revocation, negative impact on professional license, residential alcohol treatment programs, hefty fines, and more. If you have been charged with a DUI in Orange County it’s important to consult with an Orange DUI attorney.

Any Orange DUI attorney will tell you that the punishment for any specific case will depend on many factors including;
In Orange County, each courthouse has its own policies and practices regarding the punishment of DUI offenders. That’s why it is critical to find an Orange DUI attorney who is familiar with each courthouse and each DA and judge within each courthouse.
The Orange County District Attorney has made the prosecution and punishment of DUI offenders a top priority with absolutely no leniency. Often, the sentence you receive will depend on the skill of your Orange DUI defense lawyer and well as your lawyer’s knowledge of which judges and prosecutors to avoid and which to seek out.
To get the best possible result in your case it is vital to find an attorney with superior academic training, years of experience in the Orange County courts, and a proven track record. A skilled Orange DUI attorney will be able to find and expose the weaknesses in the case against you and get the best possible result; perhaps a reduced charge, an alternative sentence such as an alcohol program or home confinement, or an outright dismissal. Don’t gamble with your future—protect yourself with an experienced, skilled Orange DUI attorney.

The law either encourages or requires the judge to enhance your sentence if any of the following are present: 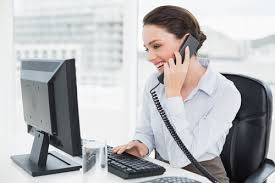 At The Law Office of EJ Stopyro we offer a free telephonic consultation with a veteran Orange DUI lawyer. Mr. Stopyro will be happy to explain the charges you face as well as any defenses or mitigation. The consultation is free an absolutely confidential. Call us at (949) 278-6353. Mr. Stopyro is always available for consultations after hours and on weekends.