An arrest for DUI triggers two separate and independent actions–one in the criminal court and one at the DMV.  Losing either case usually results in the suspension or revocation of your driver’s license.
The DMV hearing, called an Administrative Per Se hearing or APS hearing, is held at a special DMV office called “Driver Safety”. If you were arrested in Orange County, the hearing will be held at the Driver Safety office in the City of Orange. This hearing can be either in-person or by telephone. This is a civil proceeding so you are not entitled to the same constitutional protections and burden-of-proof as in a criminal case.  It’s important to be represented by an Orange DUI attorney who is experienced at handling these hearings.

The DMV has the burden of proof at the DMV hearing and must prove all issues by a preponderance of the evidence. These hearings are quite unconventional in that the DMV hearing officer sits as both judge and prosecutor. The DMV hearing officer is neither a judge nor a lawyer and usually has no legal training at all.
This means that the person who introduces evidence against you and argues that you should be suspended is the same person who makes the decision on whether that evidence is admissible and whether you should be suspended. Therefore, it is important that your Orange DUI lawyer is skilled and experienced at handling DMV hearings and will challenge the introduction of improper 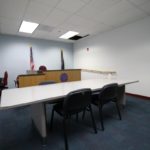 evidence and ensure that the record is preserved.
The evidence that the DMV hearing officer typically relies on consists of police reports, driving record printouts, and forensic reports. Sometimes, the police officer also testifies. Either the DMV hearing officer or your Orange DUI lawyer has the power to subpoena the arresting officer. The issues at the hearing depend on whether you took a test to determine your blood-alcohol level or you refused to take a blood or breath test.
If you took a test, then the three issues at the APS hearing are: 1) whether the police officer had reasonable belief that you were under the influence of alcohol; 2) whether the arrest was lawful; and 3) whether your blood-alcohol was over the legal limit at the time of driving.
If you refused to take a test then the DMV must also prove: 1) that you were adequately advised that a refusal would result in a suspension or revocation of your driver’s license and; 2) that what you said or did actually constitutes a refusal to take or a failure to complete the test.

Defenses At The DMV Hearing

At the DMV hearing, the DMV hearing officer will attempt to introduce documentary evidence against you, such as police reports, sworn statements, and chemical test results. Often, there 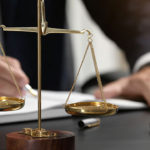 is improper foundation to qualify this evidence for admission. It is important that your Orange DUI attorney object to admitting this material into evidence. Also, this evidence often constitutes hearsay and the DMV has the burden of showing an exception to the hearsay rule. Also, there are special rules governing the admission of chemical test results. A qualified Orange DUI attorney can spot these issues and make proper objections.

Another successful defense at the DMV hearing is that the chemical test was not performed in strict accordance with the body of law governing such tests. (Title 17 of the California Code of Regulations) For example, Title 17 requires that before a police officer gives a breath test, the officer must continuously observe the person for 15 minutes before the test to make sure the person doesn’t burp. If your Orange DUI lawyer shows the officer didn’t do this, then the breath-test result must be excluded. Another example of a Title 17 violation is if the breath-testing device was not properly calibrated within a specified time frame.

In order for a police officer to legally stop you he must first witness an actual vehicle code violation. If the police officer stopped you for something that doesn’t constitute a law violation, such as weaving 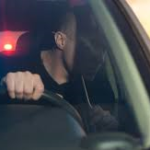 within your lane, then the police officer lacked probable cause to stop you in the first place. This must be raised by your Orange DUI attorney at the DMV hearing.

When you consume alcohol it takes between 15 minutes and three hours for the alcohol to move from your stomach to your blood. If most of the alcohol was in your stomach at the time of driving, then your blood-alcohol level will greatly increase in the ensuing minutes and hours after your arrest. A breath or blood test taken 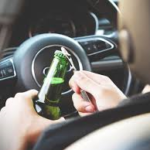 The license suspension handed down by the DMV can range from four months to four years depending on whether you have prior DUI convictions and whether you refused to take a test.

For a first-offense DUI where the driver is at least 21-years-old, the suspension is a four-month suspension. However, this can be 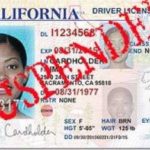 If you have a prior DUI conviction within the past 10 years then the suspension will be for a period of two years with a possibility of getting a restricted license:
If the second-offense DUI resulted in injury to someone other than you, the driver, then you face a three-year license revocation. However, you may be eligible for a restricted license after one year if you have completed 12 months of an alcohol program and you have an IID installed in your vehicle.
If you refused the alcohol test and you have one prior conviction then you face a two-year license revocation with no possibility of getting a restricted license.

If you have two prior DUI convictions within the past 10 years then the suspension will be for a period of three years with a possibility of getting a restricted license:
If the third-offense DUI resulted in injury to someone other than you, the driver, then you face a five-year license revocation. However, you may be eligible for a restricted license after one year if you have completed 12 months of an alcohol program and you have an IID installed in your vehicle.
If you refused the alcohol test and you have one prior conviction then you face a three-year license revocation with no possibility of getting a restricted license.

The Law Office of EJ Stopyro offers a free telephonic consultation. Mr. Stopyro will explain the charges you face and help you explore your options. Call us today at (949) 278-6353 for your free and completely confidential consultation.