Many DUI cases also involve the charge of hit and run. In these cases, the Orange County District Attorney (“DA”) is known to hand down harsh punishment. Therefore, if you are charged with DUI and hit-and-run, then you need an Orange DUI attorney who is also an expert on hit and run law.

Is Hit And Run A Felony Or Misdemeanor?

What Is A Hit And Run? 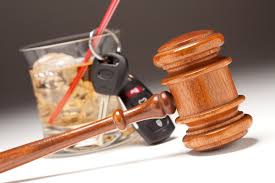 Under California law, the driver of a vehicle;

A hit and run occurs when any driver (regardless of who was at fault) involved in an accident doesn’t stop or give the required information. So, for example, if you are stopped at a light and another driver rear-ends you, causing damage, YOU must immediately stop and provide information even though you are not at fault. If you don’t, you can be charged with hit and run.

Only “Involvement” Is Required

It is important to note a driver need only be “involved” in an accident, which doesn’t mean that the driver was involved in the collision. So, for example, if you pull onto a busy roadway and cause traffic to abruptly halt, which results in other cars colliding with each other, then you are “involved” in the accident even though your car wasn’t hit. Therefore, you have a duty to immediately stop and provide specific information. If you don’t, you will likely be prosecuted for hit and run.

Any Property Damage Or Injury Is Enough

The property damaged can be any kind of property—real or personal. It is usually another car that is damaged but often it is a fence, tree, mailbox, sign post, etc. In any case where property not belonging to the driver is damaged, the driver must stop and furnish information.

The requirement that you “immediately stop” is not literal. In fact, the Vehicle Code specifically says that the driver shall immediately stop the vehicle at the nearest location that will not impede traffic or otherwise jeopardize the safety of other motorists.

The information that the defendant is required to leave depends on whether there is an injury to anyone other than the defendant or if there is only damage to property.

The specific information that a driver must present depends on whether someone is hurt. If there is only property damage and no injuries to anyone other than the driver, then the driver must; 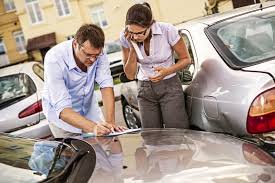 Defenses To The Charge Of Hit And Run

Your Orange DUI attorney should carefully scrutinize every aspect of your case and explore every possible defense to the charge. The facts of each case determine what defenses are available. Some of the most common defenses used by Orange County criminal defense attorneys to hit and run charges are:

In order to convict a driver of hit and run, the District Attorney must prove beyond a reasonable doubt that the driver KNEW they were involved in an accident and that they KNEW that property had been damaged. If it is reasonable that a driver didn’t know that property was damaged or that they were even involved in the accident, then this is a defense that your Orange DUI attorney can raise.
For example, Dan was backing up a fully-loaded cement truck when it barely struck the bumper of a small car, barely scratching it. Dan never felt the impact and never even knew he had been involved in a collision.

Damage Only To The Driver’s Vehicle

When a driver is involved in an accident and the only damage sustained is to the driver’s own vehicle, this does NOT trigger a duty to stop and present 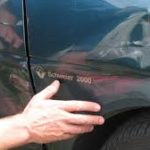 information. So, for example, if Denise rear-ends another car, damaging her own car but not the other vehicle, then she is not required to stop and present information.

No Proof Of Who Was Driving

Often, a hit and run driver is tracked down after a witness describes the vehicle or copies the license number. But a vehicle description or license number can only identify the vehicle that was involved in an accident, not who was driving the vehicle. Just because the vehicle is registered to a particular person doesn’t mean that that person was the driver. And in order to convict a person of hit and run the prosecutor must prove beyond any reasonable doubt that the accused was actually driving at the time of the accident. If the driver has not admitted to driving, this can be difficult for the DA to prove. Moreover, an admission may be suppressed by the driver’s Orange DUI lawyer if made in violation of the driver’s Miranda rights.

Penalties For Misdemeanor Hit And Run (Property Damage Only)

A hit and run prosecuted under Vehicle Code §20002 (Duty where property is damaged) is punishable by up to six months in the Orange County jail and a fine of up to $1,000.00. It is common in hit and run cases for the driver to also be prosecuted for DUI, which also carries possible jail time. If the judge sentences you to less than the six-months in jail, you will be put on probation for up to three years. Usually this is “informal” probation and you will have no probation officer to report to but if you commit another crime or violate the terms of your probation during the three-year period you could be given the remainder of the jail time.

The court will also impose the condition that the defendant must make restitution to the victim for any loss. Even if the accident turns out to be the “victims’” fault, the court can still make the defendant pay for damages as a deterrent and a punishment.

A conviction for hit and run carries a two-point penalty on your driver’s license.

In misdemeanor cases not involving alcohol or drugs, an experienced Orange DUI attorney will explore options to get the hit and run dismissed. One possibility is for your Orange DUI lawyer to negotiate a plea deal with the District Attorney whereby the case gets dismissed if the driver attends a class. This is called Deferred Entry of Judgment and it is an extremely valuable plea option because it allows the driver to escape ANY conviction on their record as long as the driver successfully complies with the terms of the agreement.
Another favorite option of Orange DUI attorney of EJ Stopyro is the “Civil Compromise”. (California Penal Code Section 1377) In this case, if the facts aren’t bad and the defendant has a good record, the District Attorney can be persuaded to dismiss the charges altogether if the defendant makes restitution to the victim and if the defendant’s hit and run lawyer gets a statement from the victim stating that he or she does not desire prosecution. 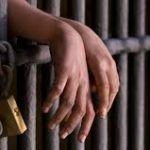 months, 2 years, or 3 years. That’s why it is important to consult with an Orange DUI lawyer as soon as possible. Conviction also includes a fine between $1,000.00 and $10,000.00. Of course any fine imposed by the court will include a “penalty assessment” which is essentially a court-imposed tax of about 200%. If you do not receive the maximum sentence, you will be placed on probation  (or parole) for up to five years. This could be informal probation if it is charged as a misdemeanor or formal probation for a felony.

If the accident resulted in death or permanent, serious injury, then the defendant must be sentenced to a minimum of 90 days in jail and up to one year in jail or by imprisonment in the California state prison for 2, 3, or 4 years. “Permanent, serious injury” is defined by the penal code as loss or permanent impairment of function of a bodily member or organ. (Penal Code §20001(d))
If the driver was driving under the influence of alcohol or drugs in violation of California Vehicle Code §23152 (DUI) or §23153 (DUI with injury) and the driver is also found guilty of Gross Vehicular Manslaughter under California Penal Code §191.5, then the driver must also be sentenced to a an additional consecutive term of five years in the state prison. (Vehicle Code §20001(c)) Consecutive means that the five years is tacked on to whatever other sentence the driver receives.

The court will also impose the condition that the defendant must make restitution to the victim for any loss. Even if the accident turns out to be the “victims’” fault, the court can still make the defendant pay for damages as a deterrent and a punishment.

A conviction for hit and run carries a two-point penalty on your driver’s license.

If you are facing charges for hit and run, you need to talk to an experienced Orange DUI lawyer who works in the Orange County courthouse where your case is being prosecuted. Judges and DAs all have their own policies and procedures so you need a DUI lawyer who knows the judges and DAs who will be handling your case.
Call The Law Office of EJ Stopyro at (949) 278-6353 today for a free and confidential telephonic consultation with an experienced Orange DUI attorney. Check out our case results for winning strategies in a hit and run case.